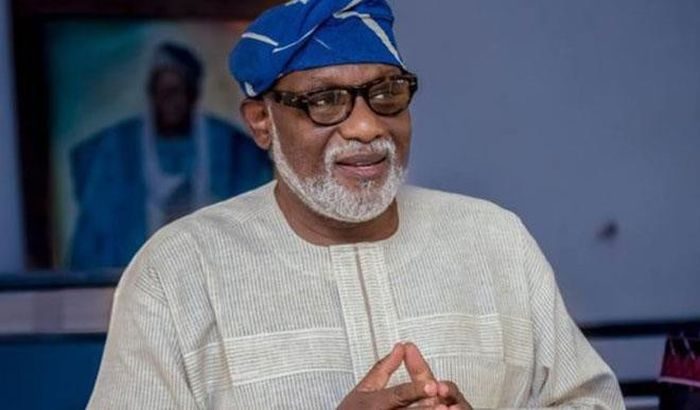 He compared the penalty to sentencing someone who steals N10,000 to death and freeing another that steals N1million.

Governor Akeredolu disclosed this in Ilorin, Kwara state at the opening ceremony of the sixth biennial international conference of the University of Ilorin Centre for Peace and Strategic Studies department.

The governor said, “How can somebody steal N10,000 and be sentenced to death, when another person who stole or embezzled N1m is allowed to go scot free. “when I was the president of the Nigerian Bar Association (NBA), I vehemently opposed capital punishment for condemned criminals. I will be a turncoat as governor to now support death penalty for hate-speech offenders.”

“As the governor of Ondo state, I will not commit to death those condemned criminals; instead, I will look into how to commute their sentences to life imprisonment. Or I will transfer them to other administrations.”

He regretted that there is no virile opposition in the country, adding that “every other person who was in opposition in 2015 has now crossed over to the ruling All Progressives Congress (APC). I am amused if I see them decamping in droves to the APC.”

The former NBA president added that injustice, either real or imagined, has been responsible for the absence of peace in Nigeria.

He said “Any discussion on justice which leaves out the deplorable conditions of the people is self-serving; it is patently unjust to have the mass of the people depend on handouts from the political class having lost the capacity to contribute to the development of the polity.

“Until and unless the identifiable geo-political zones are encouraged to realize their potentials with a view to participating actively in the economic activities for growth and prosperity, there will be no end to crises.

“Current measures put in place seem insufficient to rescues the country from socio-economic doldrums.
Therefore, the preponderance of conflicts in virtually all parts of the country seems to suggest failure of the system. Working at these manifest lapses will assist greatly.

“Institutions of state must be self-regulating. The basic law of the land, the Constitution, and relevant subsidiary legislations must be the instruments which determine the life and functions of any institution created to take care of the welfare of the people.”

‘No meek or lily-livered gentleman can fight and conquer Buhari next...