A December to remember indeed as American rapper, singer, songwriter, and record producer, Nayvadius DeMun Wilburn, popularly known as Future is set to storm Nigeria, for a concert.

The music star  is ready to thrill Nigerians with a stellar performance at his first headline concert on December 29, 2019, at Eko Convention Centre, Victoria Island, Lagos, Nigeria.

Future, who recently dropped his seventh studio album, The WIZRD, has a large fan base in Nigeria which can be traced back since the release of his debut studio album, Magnified and other smashing hits such as ‘Mask off’ and ‘Turn on the lights’. With seven successful albums under his belt, Future is one of the most loved rappers of our generation.

The international superstar made the announcement on his fan page @futurexsavage, he said “For all my Nigerian followers, Future will be performing in Lagos on December 29th”

The event is organised by Toro Entertainment Company (TEC) and there are more surprises as fans countdown to the event day.

Future Live in Concert joins the list of other anticipated concerts in December including Kizz Daniel Live and 2baba Live which hold December 26 & 28 2019 respectively. 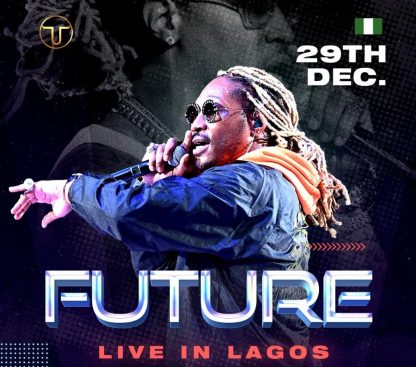 5 Female Nigerian Celebrities Who Have Claimed They Are Virgins. (Photos)