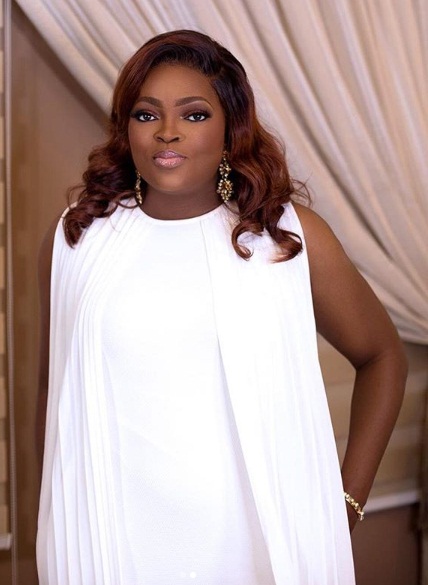 Recall that Mike recently had an argument with Tacha, and during the course of the argument, Tacha rained insults on him and pushed him aside, an action which could have prompted a negative reaction from Mike.

Rather than retaliating, Mike chose to ignore the ranting Tacha, a decision which portrayed the nature of a true gentle man. 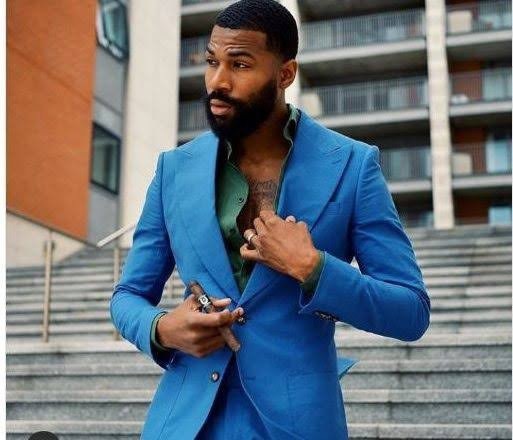 Funke Akindele voiced out her opinion on the housemate via her twitter platform, calling him the definition of a true gentleman and also revealing that she’s learning alot from him. 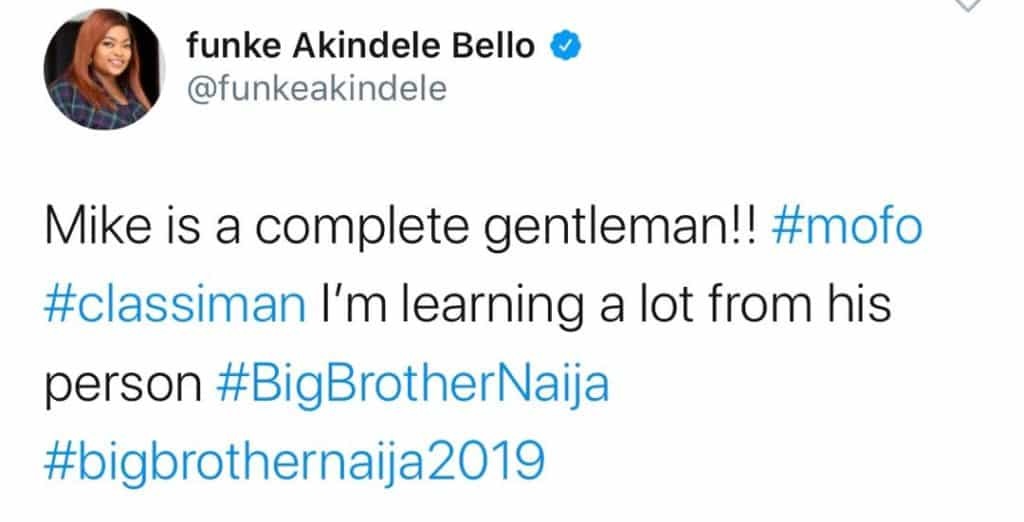 His wife had also commended him for the manner which he handled the situation.

‘Life is a teacher and there are people that will always test you just to get the reaction they’re looking for. Thing is it’s how you react that shows true CHARACTER & what makes you the BIGGER person. .
In my husbands defence which I had no doubts about, he handled himself well with composure as always because he was raised to be a true gentleman!’

My father’s name has opened doors for me – Pa James’...

‘Some people have to die for you to move forward’

Toyin Abraham break silence after she gave birth to a bouncing...