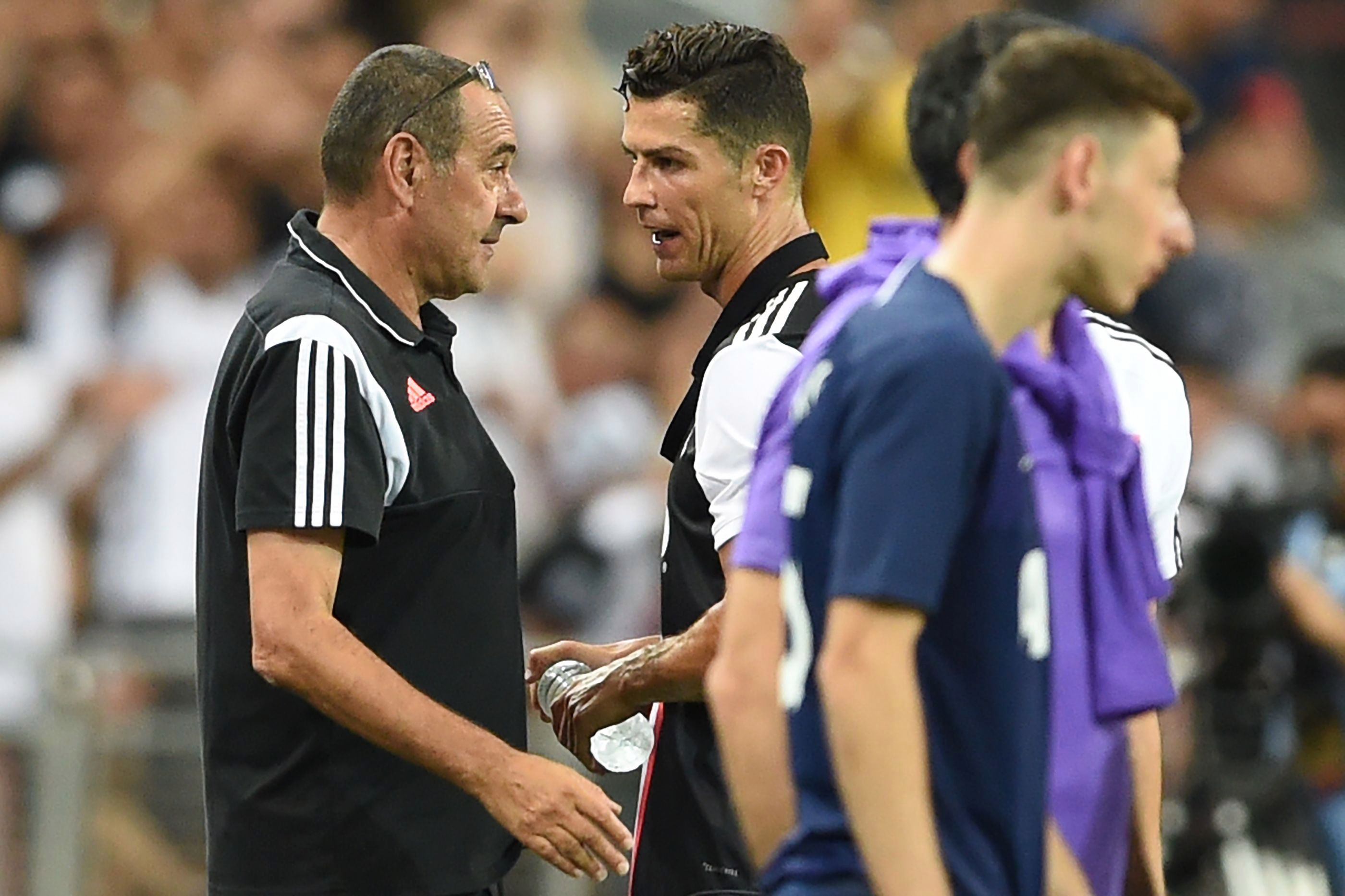 Cristiano Ronaldo and Maurizio Sarri appeared to engage in a touchline spat, during Juventus’ International Champions Cup clash with Tottenham on Sunday.

The Portugal superstar was taken off moments after putting the Italian giants 2-1 ahead against Spurs and it appears to rub him up the wrong way.

In a footage that has gone on viral on social media, Ronaldo walks off the pitch after his number is called and shaking hands with a Juventus coach.

The forward then walks past Sarri and says something but fails to stop, leaving the Juventus boss standing on the touchline looking sheepish.

Tottenham came from behind to beat Juventus 3-2 at the Singapore National Stadium, after initially taking the lead through Erik Lamela.

EPL: Kovacic speaks on how Lampard deals with Chelsea players