Former BBNaija housemate, Nina Ivy has shared a tweet that got Nigerians talking about her intention. In her tweet, Nina Ivy stated that audio is now the new trend.

Recall that the term audio became a popular slang after Rudeboy released a song titled Audio Money, the song talks about people living fake life and audio has become something Nigerians say to refer to anything fake.

See some comments below:- 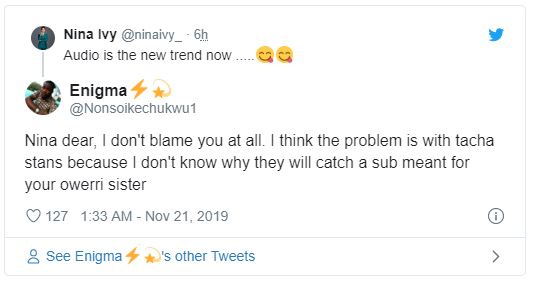 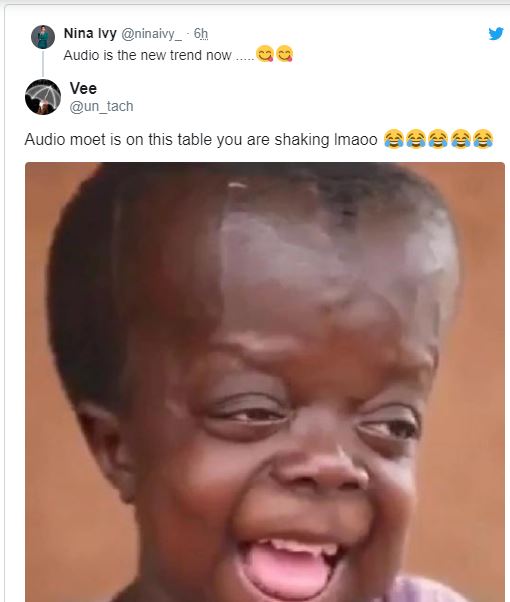 BBNaija: Whitemoney Reveals How He Got His Name