Popular social media analyst, Reno Omokri has a message for people who flaunt a flashy lifestyle, just to impress members of the opposite sex.

He advised his followers to avoid increasing their spending allowances when their income increases, rather he urged them to invest.

“If you live to impress people with a flashy lifestyle, you will die broke. and none of those you impressed will contribute to your funeral. And don’t increase your spending simply because your income increases. Instead, increase your investment #FreeLeahSharibu #RenosNuggets” 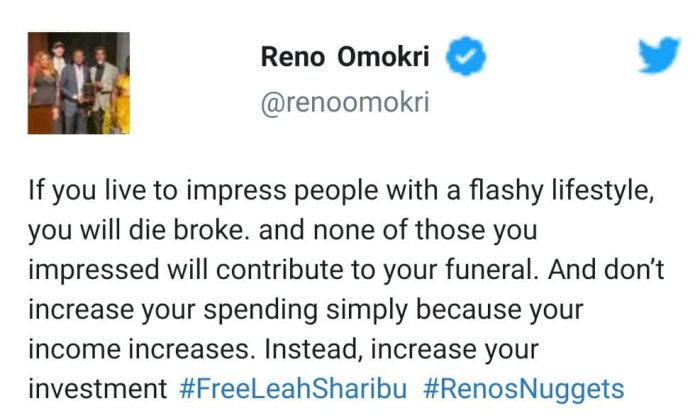 However, some social media users have stated that this is an archaic, ‘poverty’ mentality, insisting that if you have the money, you spend it.

Buhari To ASUU: Our Universities Can’t Withstand Another Strike

Burna Boy Explains Why He And Fela Kuti Are Different In...