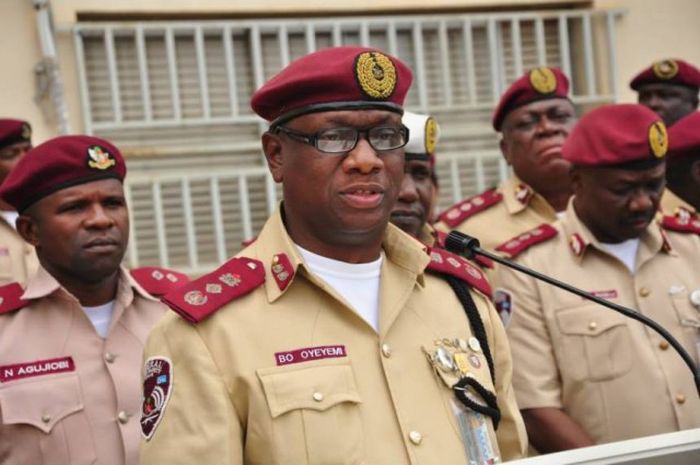 The Federal Road Safety Corps (FRSC) has announced that it is illegal to receive or make telephone calls while driving, regardless of any wireless gadget used for such communication.

The FRSC also stated that drivers who make or receive calls behind the wheels with AirPods, EarPods or any form wired or wireless earphones and handsfree mode risk six months in jail.

FRSC Corps Public Education Officer, Bisi Kazeem made this known in an interview with Saturday PUNCH.

He said driving requires total concentration and road users should not take any risk on their lives.

He said it is illegal to make calls or receive same while driving, according to the National Road Traffic Regulations, 2012.

“It is illegal. Driving entails 100 per cent concentration so you cannot be distracted. It is there in the regulation.

“It is clear from the provisions of Reg 166 (1) that it is illegal to make phone call using EarPods earphone or whatever means.

Borrowing To Accumulate Debt For Next Generations Is Criminal – Obasanjo

FIFA May Ban Switzerland Duo Xhaka & Shaqiri For Doing This...