Ubi Franklin shared the highlight of his encounter with someone he helped out in 2018, after being approached for money because the man’s mother was sick. 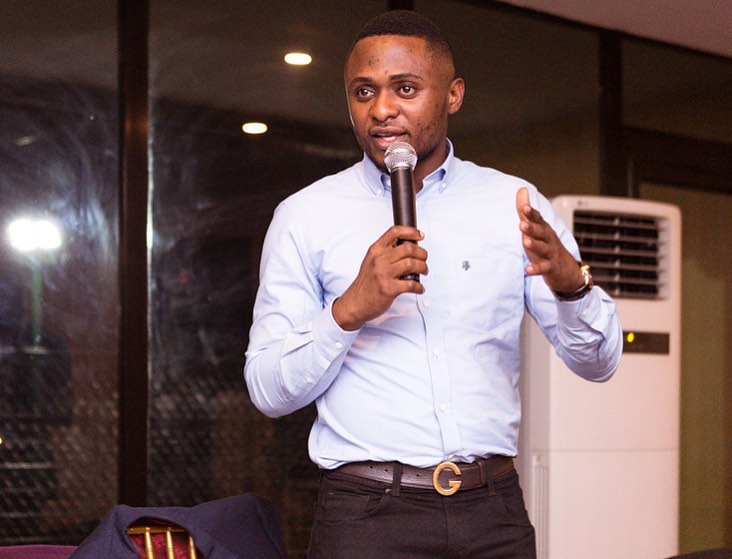 The music executive stated that he didn’t know the man from anywhere and was also not satisfied with his answer on how he got his number at that time. He however went on to give him the money he asked for before getting a shocking encounter in 2019.

Ubi said he was at the club on Friday night when the man who got a turnaround after the 2018 exchange walked up to him and introduced himself.

Sometime in July, 2018, I recieved a call from a certain guy notifying me that his mum was ill and needed help with her hospital bills. Firstly, i ask him how he got my phone number since i did not know him and he said someone gave it to him.

Even though I was not too satisfied with his response, i understood the feeling of not having money, yet a loved one( as in this case, his mum) is critically ill. Bearing this in mind, I requested for his account number, sent him money and that was it.

Last night a guy walked up to me in the club and asked if I knew him, I said no and he reminded me about the favour I had done him and his mum.

Now the main story is; this guy was obviously going through a hard time during the period he contacted me ealier, but he is now ‘back on his feet’ and doing well. Interestingly, he has offered me something major which I will share later.

GRATITUDE IS A MUST. 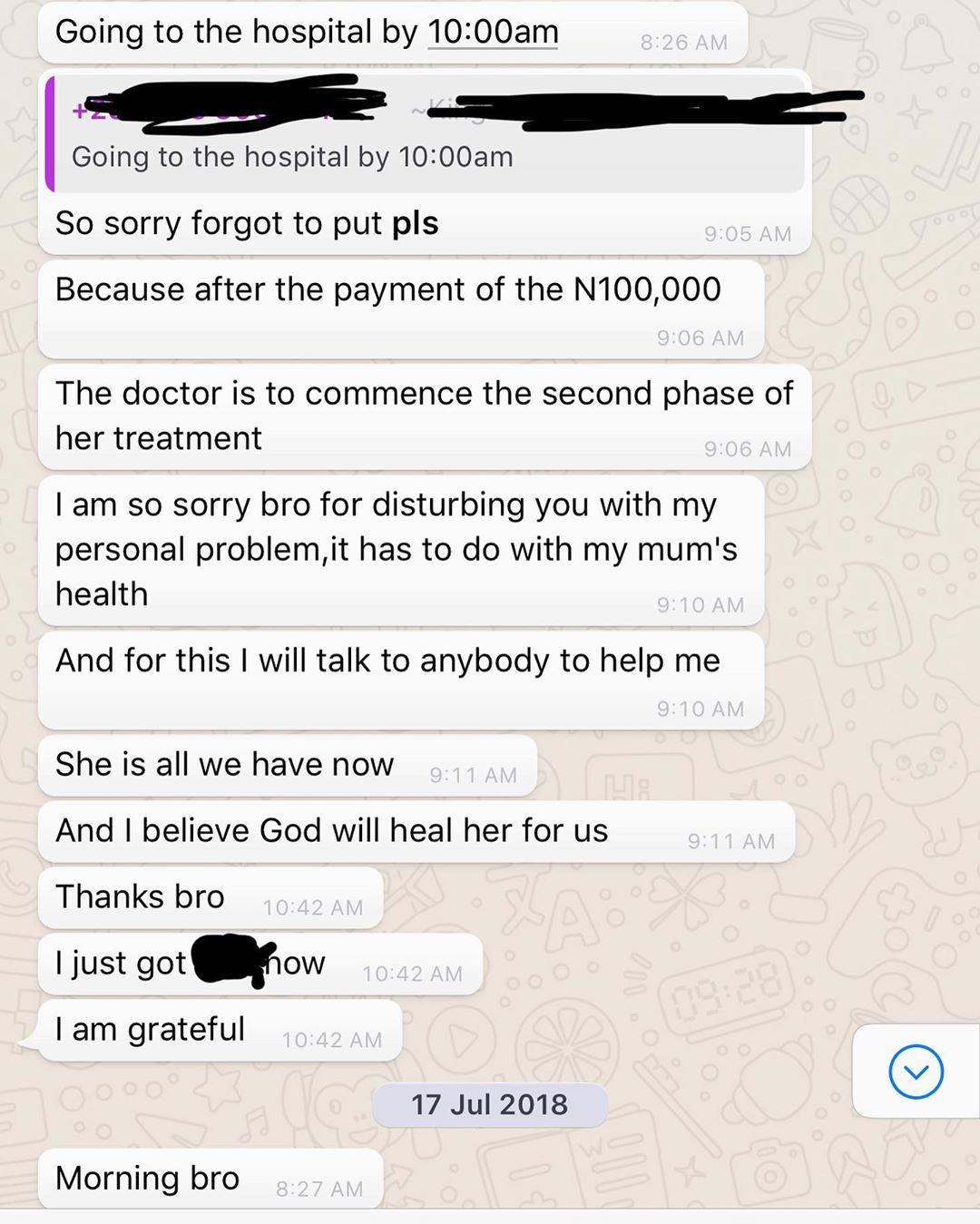 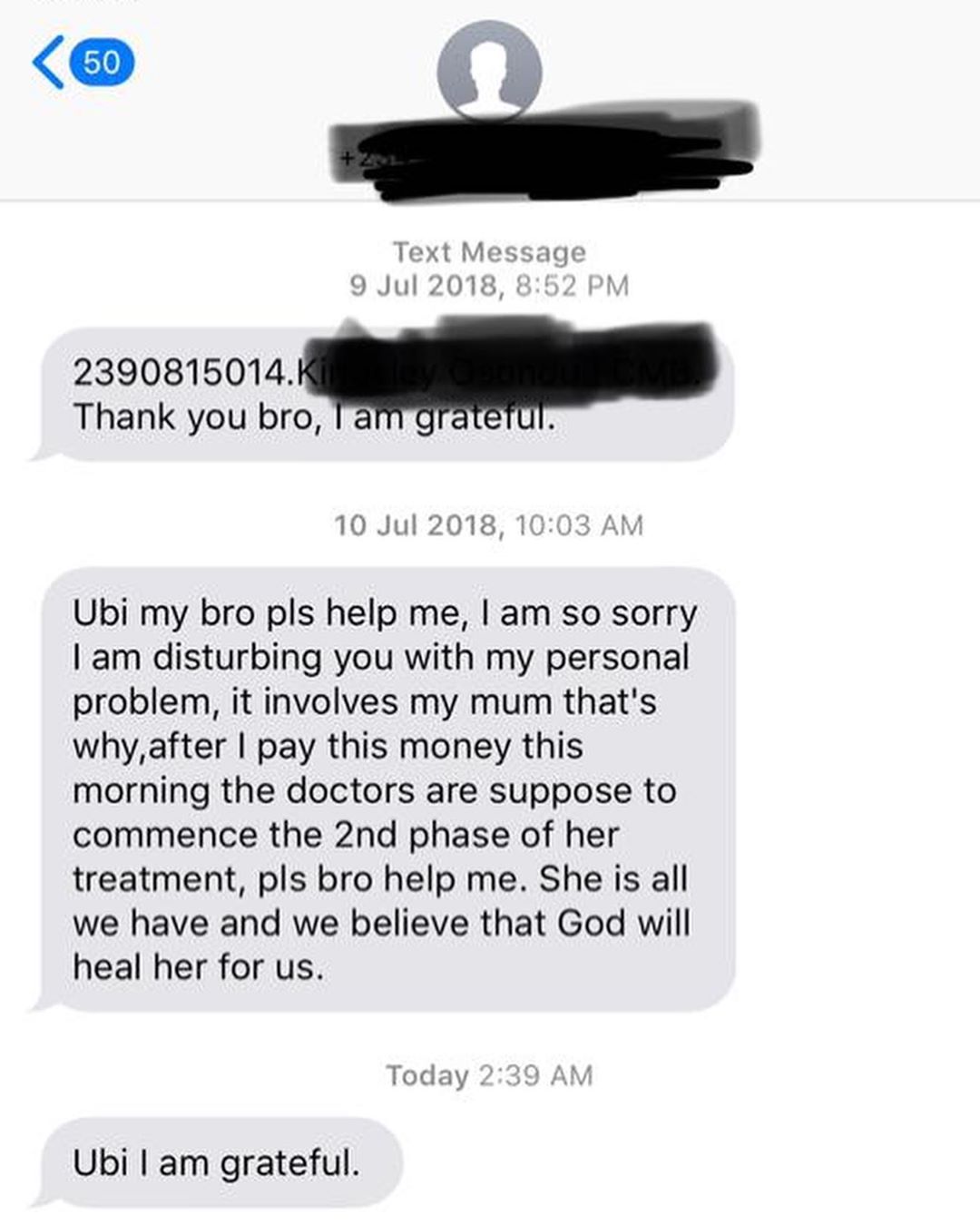 Comedian, Bovi Calls Out Ex-Schoolmate Who Stole His Provisions 24 Years...

Wizkid advises followers against voting because of a celebrity